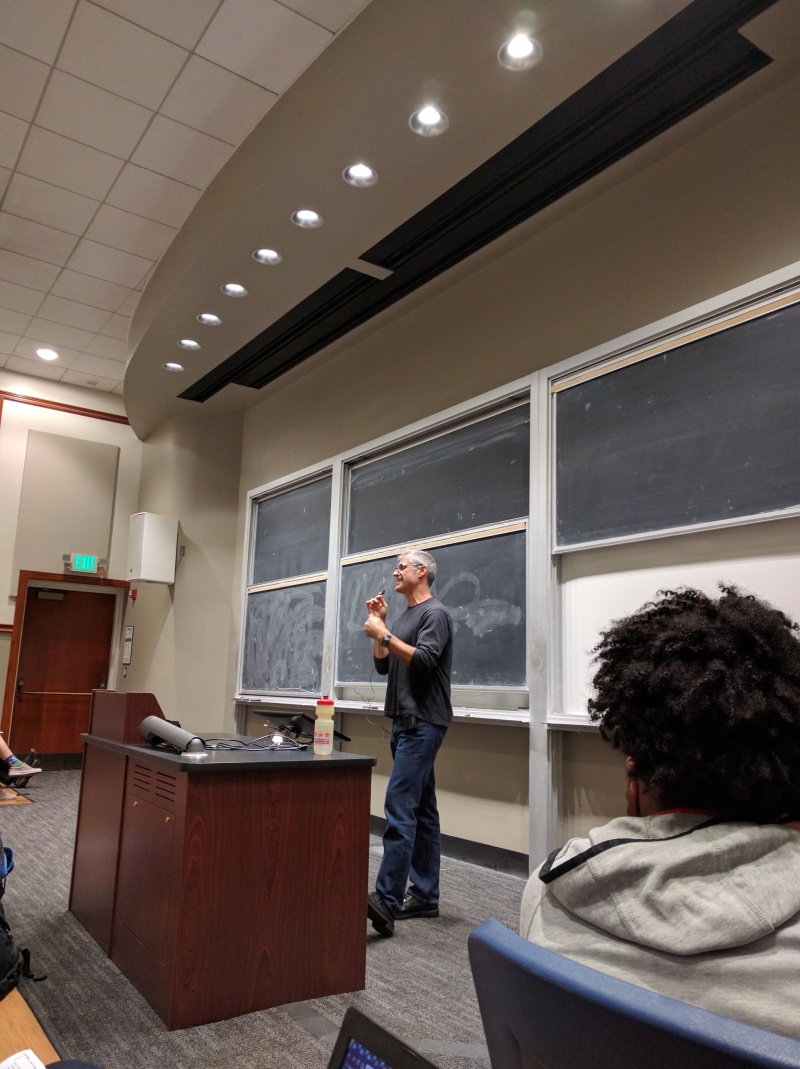 Gene Baur, one of the founders of a group called Farm Sanctuary, came to give a guest lecture in our “Food: A Lens for Environment and Sustainability” course Monday. He is an engaging speaker who is passionate about his project — all around a pretty cool guy. And his presentation was well received by the students, who are all undergraduate freshmen. (Here is Gene Baur on the Daily Show with Jon Stewart.)

I find it hard to appreciate the moralistic arguments for veganism that appeal to some people. I am convinced (barring some technological leap) that, in the near future, most people will need to shift to a greater proportion of plant-based foods in their diets. Providing vast quantities of beef and dairy in any manner presently available to us is unsustainable. But for many reasons, abandoning animal protein (and fat) consumption looks impractical to me. (My own beer and cheese and sausage and coffee diet in Austria last summer was heavenly.)

Scholars in the environmental humanities and social sciences are taking seriously a notion that in the world there are “other-than-human” agents (i.e., animals and even plants in the extreme case) whose rights are important, too. I’m not very familiar with the literature, but it is very influential among colleagues and wise friends; so perhaps there is something to it. I am concerned, though, with pseudoscience leaking into the arguments I have seen, particularly on what the “science says” and what “natural” means. The idea that our ancestors selected plants over meat whenever possible is simply not true. (Some academics would replace the word “selected” with something like “chose” to underscore human agency.) Neither is it true that our ancestors’ transition from diets that were principally meat-based to plant-based was good individual human health. While eventually it enabled people to generate large food surpluses, store food safely, build wealth and societal complexity, the Neolithic agricultural revolution pretty much invented tooth decay. Moreover, the structure of our most likely ancestors’ mouths and teeth some 2 million years ago was better evolved for plant consumption than is modern humans’; so, over 99.8% of human evolutionary history it was clearly natural to select meat over plants.

Nevertheless, there is no reason to believe that they key to human survival throughout the Pleistocene remains the same into the Anthropocene.